One hundred and twenty guests arrived at Bicester Heritage at 2.00pm and were led into Historit, our on site storage specialists (www.historit.co.uk). Following a short film and a few speeches the machine was revealed to the crowd from beneath a cover. Graham Millard, responsible for the mechanical restoration, fired up the straight eight with a little push from his friends! Several laps of the airfield track, drenched in the summer sun, certainly cemented this fantastic moment in the viewers’ minds and before long five other Grand Prix winning cars took to the tarmac.

To top off the festivities a Tiger Moth aerobatic display swept over the airfield, before landing and giving the chance for the guests to see those exceptional airplanes up close. As the evening came to a close the guests were led by a procession of bagpipers and Sunbeams to the Motor Transport Yard for strawberries and champagne, making the day a truly unique and British experience.

Chassis III was one of four Grand Prix motor cars engineered by the great Louis Coatalen, Sunbeam’s chief engineer and early motorist extraordinaire. Coatalen strived to produce racing machines to rival those of Bugatti or Alfa Romeo, and with a powerful history of aeronautical excellence ingrained in to the company’s ethos, he succeeded.

Sunbeam’s move into the automotive industry, post 1918, hailed a golden-era for the Company, and we believe this 1921 straight eight embodies this perfection. The all-alloy three litre engine sits within a rigid frame, mounted to a lightweight flexible chassis which permitted the driver (and mechanic) to field some form of comfort whilst travelling at high velocity on rough roads. With twin overhead cams, four valves per cylinder and a four-speed gearbox, Chassis III produced 112bhp at 4,700rpm, easily propelling its occupants to over one hundred miles per hour.

In 1921 and in the hands of a young Henry Seagrave, Chassis III completed the French Grand Prix in a fantastic five hours, at an average of 62.6mph on appalling roads. Not only was it an achievement to complete the grueling event, but to achieve 9th position after fourteen tyre changes and the drama of an unconscious mechanic (knocked out by a stone), was a miracle. Nevertheless the car had started its career in true style and went on to shine the following year when it triumphed at the Isle of Man TT in the hands of Jean Chassagne.

Chassagne, the epitome of that wild breed of early motorist who was not content with the clear safety of motor racing alone, soon became an accomplished aviator and submariner (skills that could be listed alongside the well-earned title of Grand Prix winner). He battled through dreadful weather conditions in poor visibility on a track which he described as ‘a sea of mud’, to complete the 302 miles in five hours forty-two minutes, at an average speed of 55.78. The car’s GP number stuck, and it became known as Sunbeam ‘VII’ in memory of its victory. 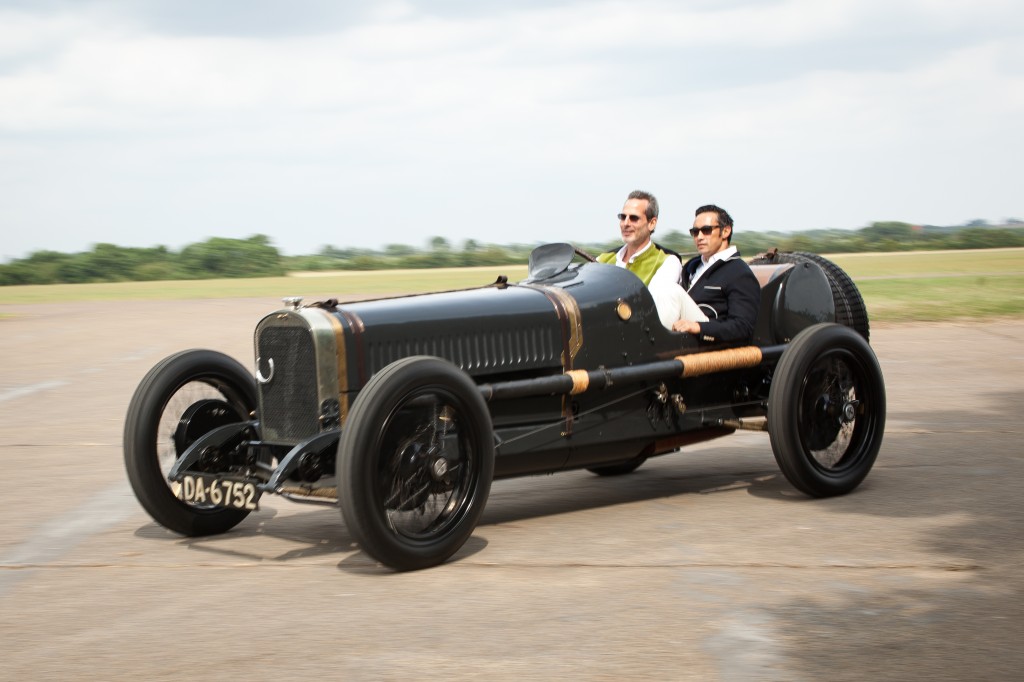 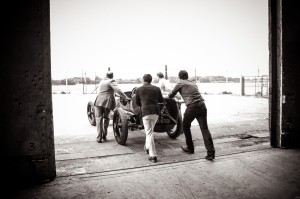