Airfield to be car and aviation heritage site

The Ministry of Defence announced it had sold the 348-acre former Second World War base to Bicester Heritage Limited last week.

The company has a five-year vision for around 50 businesses – engineers who specialise in old cars and planes – to move in to the 60 to 70 units.

Managing director Daniel Geoghegan, himself a car enthusiast, said: “It is a very exciting time, it is a fascinating site.

“We want to create the UK’s first business park dedicated to historic motoring and aviation.

Oxfordshire is obviously a motoring and aviation heartland.

“It is a fabulous spot and I think it will be a big draw both nationally and internationally.

“At the moment there is no single place in the country that people who are especially interested in these hobbies can work and enjoy their activities.

“We are taking a historic site and giving it a modern purpose respectful of its history.”

Maintenance work on the site is being done this year with the first units expected to be filled by engineering and maintenance businesses in November or December.

The cost of developing the site is expected to run into millions, with the possibility of a bed and breakfast or hotel.

Motoring and aviation events would be run for the public.

Mr Geoghegan, 40, from London, said there would not be a museum because heritage cars and planes should be used rather than sitting behind museum glass.

They have been fighting since 2005 for the MoD to allow them to build a living-history style education centre about RAF Bomber Command during World War Two.

Chairman of BCH, Dean Overton, blamed the MoD for not allowing them to raise money through media support.

He said: “By imposing publicity restrictions, such as use of photos of the site or access for journalists, over the years our campaign has had to operate with both hands tied behind our back.”

They are now in discussions with Bicester Heritage Limited to see if an education centre could still be built.

Mayor of Bicester Dan Sames said: “From our point of view it should have tourist attraction written all over it.” 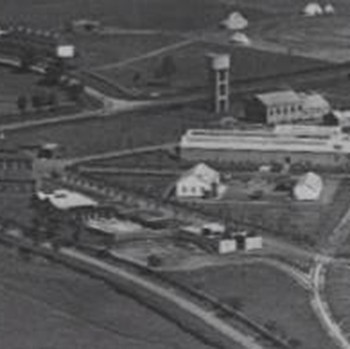