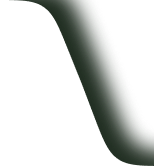 THE GREATEST SUNDAY SCRAMBLE TO DATE

The Second Sunday Scramble of the year saw a record-breaking number pass through the Bicester Heritage gates, with over 6,000 members of the public visiting for ‘Drive It Day’ – a national scheme encouraging the use and enjoyment of historic vehicles, which brought over 1,000 historic classic cars to the former RAF Bomber Training Station. The highlights were as follows:

Bremont, the Official Timing Partner of the Sunday Scramble events, set up a display in the Club Room of the Station Armoury and unveiled its six clocks around the technical site. Nick English, co founder of the Company flew in for the event in his 1950s Broussard.

Bicester Heritage’s official Event, Insurance and Valuation Partner Hagerty laid on a ‘Drive It Day’ classic car run which finished at the site. It also hosted its usual Valuation Arena, which sold out on the day.

Sports Purpose, which deals collectors’ Porsches and their contemporary motoring rivals, opened its new showroom in the restored former Motor Transport Yard. Crowds gathered around the dealership to enjoy the likes of an extremely rare Lancia B20 GT Outlaw, as well as Porsche 356s and 911s

Joining Sports Purpose in launching in the heart of the site was historic sports, competition and touring car specialist Robert Glover Ltd, which unveiled a beautiful, new, modern showroom for vintage cars after having moved from Building 82, their first home at Bicester Heritage.

New tenant Wriggly Monkey Brewery delivered its first ‘permanent ale’ to visitors and hosted a competition to win a cask of the same ‘Full Tilt’ ale. As the April heat wave warmed the ground of the Motor Transport Yard, the visiting crowds enjoyed a tipple on the chairs outside the new brewery.

Bicester Heritage has over 35 specialist businesses on site, all of which once again opened their doors to the public and offered them the chance to see their latest projects and ever-changing stock.

Kingsbury Racing Ltd displayed their recently completed Speed Six saloon, the most original of its type to survive in the world. Having been commissioned to make it mechanically perfect but to leave the exterior and interior untouched, the result is a time warp restoration of magnificent proportions. The car retains its original interior which is beautifully worn and is now ready for its owner to enjoy in the good weather.

Kingsbury Racing Ltd was in the process of preparing six cars which will run on the ERA Flying Scotsman rally this coming weekend.

AutoClassics Mart opened Hangar 113 and put 120 classic cars up for sale throughout the day, a new initiative for the Scramble, which gives owners the opportunity to market their cars to thousands of like minded enthusiasts on the day.

‘Finest Hour Experiences’ flew their Tiger Moth, offering visitors the opportunity to see the show from above.

Rising star photographer Amy Shore hosted her successful debut exhibition, with a variety of automotive images for sale at the recently restored former Station Armoury at the heart of the site

Dan Geoghegan, Managing Director of Bicester Heritage, said: “‘Sunday’s Scramble was the best yet, a fitting milestone for Bicester Heritage’s fifth anniversary.  Not only were we able to welcome over 5,000 enthusiasts and more than 1,000 classic vehicles on Drive-It-Day, but also the latest new specialists and partners ranging from Porsche expertise to the Bremont Watch Company.  Above all else, the atmosphere was both laid back and inclusive, thank you to all who joined us.’

The next Sunday Scramble will take place on Sunday 7 October. For more information, click here.