A former RAF flying base is opening its doors to the public for what is believed to be the first time in nearly a century.

A former RAF flying base is opening its doors to the public for what is believed to be the first time in nearly a century.

Bicester may be famous for its shopping village selling Louis Vuitton handbags and Hermès scarves, but a team of classic car enthusiasts hopes it will soon be just as famous as a hub for 80-year-old Aston Martins and vintage Alvis saloons.

On the UK’s best-preserved second world war airfield, vintage cars older than the bomber hangars they are parked in are being restored and refitted as part of an initiative to safeguard the country’s £4.3bn classic car industry

“There is nowhere else like this, a centre of excellence for historic cars in the UK,” said Daniel Geoghegan, managing director of Bicester Heritage, the company that bought the airfield last year.

“It’s like leaving a boat in a marina. There’s an ecosystem, an environment to support them all around, and it is a place to enjoy the cars,” says Mr Geoghegan. “There is now a cadre of specialists that want to start treating their hobbies as professions.”

The industry supports 28,000 jobs, according to the Federation of British Historic Vehicle Clubs, but many are one-man bands working out of garden sheds or farmyard barns, with little or no succession plans.

“I used to be a guy in a shed in a field. Now it is nice to have customers just passing through and bringing in business,” said Ewen Getley, an engineer specialising in the restoration of pre-1931 Bentley cars. “This place, creating a centre of excellence for the industry, will certainly help keep it going and help it grow. It’s turning hobbies into businesses.”

At a recent open day, scores of classic vehicles descended on the airfield, with marques such as Alvis, Austin, MG and Sunbeam evoking memories of Britain’s car industry of decades past.

Bicester Heritage paid £3.4m for the site last year, which dates back to 1916. The airfield was used to train pilots during the second world war, for Bomber Command, Fighter Command and even the gliders that carried assault troops on D-day.

The initiative comes as the market goes through a sustained boom, with vehicles rising in popularity and price. But the support industry, which restores the cars and keeps them running, is disorganised and poorly supported.

“The skills are dropping out. But the market is growing,” said Mr Geoghegan. “Our job is to give the industry a place to serve that demand.”

Mr Geoghegan and his team have 10 businesses on the site already, and expect to have doubled that by the end of the year.

A classic car dealer sells vintage Vauxhalls out of a 1926 pumping station, while an engine restorer has moved his workshop into the airfield’s old blast house.

“The issue is with skills. There are so few people left that really know how to work with these cars. If they do not get passed on, then they disappear, and are irreplaceable,” said Graham Millard, a restorer and Aston Martin specialist.

At the heart of the site is Historit, a business that has converted an enormous hangar into a climate-controlled secure garage for people to store their vehicles.

“We’re here to encourage people to use their cars. The more they use them, the longer they survive. And the more the clubs and the industry flourish,” says Andrew Ferguson, Historit’s head of operations, who looks after close to £10m worth of vehicles in the hangar.

Small businesses such as Geoff Clark’s, which sandblast vintage cars to allow them to be repainted, used to rely on word of mouth and recommendations. Now his clients store their cars 100 yards away.

“We all benefit from each other. Guys that used to be all over the place, in sheds and barns with unreliable phone numbers are now all next door to each other,” said Harry Fraser, an upholsterer. “People bring their car here to get an engine fixed and find out they can have the doors sandblasted or the leather on their driving seat replaced.”

A hotel and conference centre is planned for the site, as well as a clubhouse to accommodate the UK’s myriad classic car associations.

The Ministry of Defence mothballed the site in the 1970s, with the potential to use the airfield for housing development. But ammunition bunkers on the site, designated as ancient monuments, which make them as protected as Stonehenge, scuppered redevelopment plans.

“This is a fantastic location . . . large enough to bring back trades and skills related to classic and vintage cars,” said Sir Tony Baldry, MP for Bicester. “For a lot of enthusiasts, the biggest challenge is how do you keep your car maintained and where do you store it.” 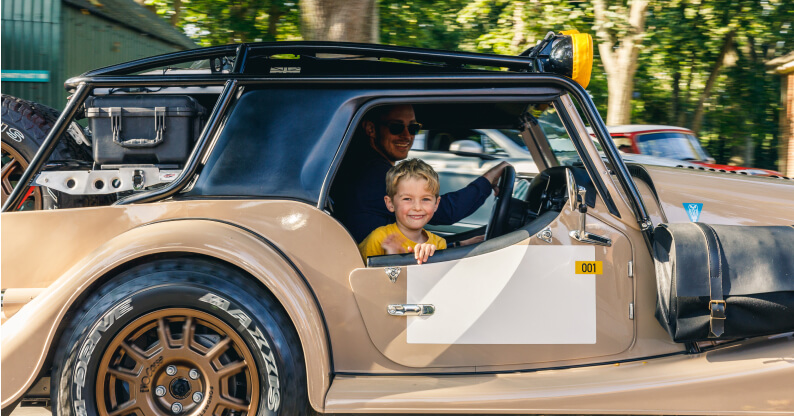